‘I Miss You’ star says he will enlist

‘I Miss You’ star says he will enlist 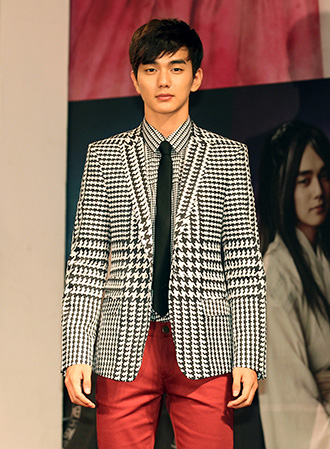 Yoo Seung-ho, 19, has decided to fulfill his national military service as soon as his current drama ends.

Yoo’s agency announced yesterday that the young star of the MBC weekday show “I Miss You” is ready to tackle the role of an active-duty soldier next year.

By signing up with the military before a warrant has been issued, Yoo is defying norms in the entertainment industry where guys usually put off entering the armed services for as long as possible.

Furthermore, his agency said Yoo is interested in serving in the Marine Corps or on the front line. Most celebrities usually spend most of their time in the public relations branch of the military.

By getting conscription out of the way, Yoo hopes to do away with the “baby brother” image that’s followed him since his debut in 2000.

Last year, as a high school graduate, Yoo again shocked the Korean public by forgoing tertiary education. Yoo said that he “didn’t want to enter a university, until I find what I really want to study.”