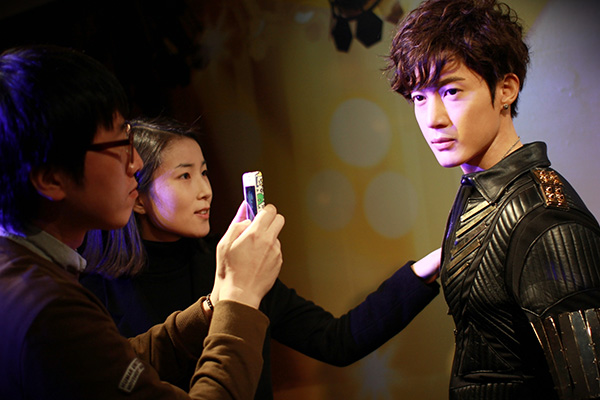 The figure was made to mirror Kim’s look during his Asian tour this year that took the 26-year-old singer to five countries.

Apparently, it took four months to make and cost a whopping 200 million won ($185,843). It comes complete with various outfits and accessories donated by the Hallyu star himself.

A Tussauds spokesperson in Busan said that they were expecting fans of Kim to turn up in droves.

To mark the launch, the museum is also holding an online competition where those who take pictures with Kim can upload them to win various prizes.

Ahead of the doll’s release, there was much hype ever since Keyeast Entertainment said its talent took part in a three-hour measurement sitting in which he stood on a turntable as his body was segmented into 500 parts, analyzed and noted.

The information was sent to Madame Tussauds headquarters in London.
By Carla Sunwoo