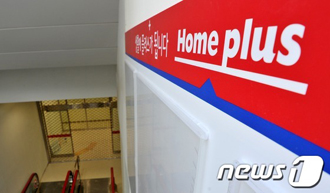 The National Commission for Corporate Partnership (NCCP) wants to designate the bakery industry as a small and medium enterprise (SME) and prohibit franchise bakery chains such as Paris Baguette and Tous Les Jours from opening new branches.

The chains reacted strongly and protested that bakery chains owned by retail giants such as Lotte and E-Mart were excluded from the commission’s regulations.

According to the industry yesterday, the NCCP today will review a list of bakery submitted by the Korea Bakery Association. The commission plans to announce its decision next Thursday.

However, the list does not include bakery chains operated by department stores Lotte, Shinsegae, large discount chains like Homeplus and super supermarkets (SSM).

E-Mart operates Day and Day bakeries at 111 E-Mart stores, while Homeplus is operating Artisee Boulangerie outlets at 130 stores. Lotte Mart has Bonespe outlets at its 97 stores and other SSMs operate 463 bakeries.

Explaining why large retailers’ bakeries are not regulated, the NCCP explained that they were not included in a petition submitted by the Korea Bakery Association.

“Exempting bakeries directly run by large retailers, which have had a profound impact on the collapse of small mom-and-pop bakeries, while blindly blaming franchise bakery chains is unfair and ineffective,” said an official from the franchise industry.

If the NCCP goes ahead with its regulations, it will be the second regulation on the industry. In April, the Fair Trade Commission prohibited the opening of a chain bakery outlet within 500 meters of an existing outlet.

Paris Baguette said its franchises deserve as much consideration as any mom-and-pop store because they small businesses operated by self-employed franchisees.

“If the rule is applied, it is evident that growth and investment will stop,” said a spokesman of Paris Baugette. “Instead of freezing the number of new franchises, reasonable adjustments such as mandating the chains to open new stores at a certain restricted rate should be devised.”

But the second-largest bakery chain, Tous Les Jours, recently said it will voluntarily refrain from opening new stores to protect mom-and-pop shops from the encroachment by large chains.

“We will make a decision that will force franchise companies to abstain from aggressively growing in the market for the time being,” said an official from the NCCP, “so they will go along with shared growth with small bakery businesses.”