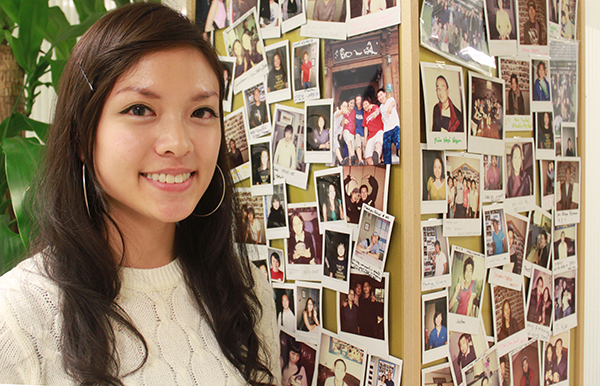 Janna Christie helps other adult adoptees reconnect with the country of their birth in her job at the International Korean Adoptee Service. “It’s really encouraging that Korea is now accepting us as Korean citizens,” she says. [YONHAP]


Janna Christie didn’t return to Korea in 2006 for the first time in 24 years to search for her long lost birth parents. She was drawn to her motherland by instinct and a yearning to discover her inner self.

Today Christie finds herself both naturally and legally connected to Korea. Since July last year, she has been working with the International Korean Adoptee Service with her newly acquired dual-citizenship with South Korea and the United States.

Adopted by an American couple when she was 6 months old, Christie grew up in Washington state.

It was after her graduation from University of Colorado with a major in sociology that Christie decided to return to Korea to work at the organization.

“Every time after coming to Korea, when I returned to the United States, I always felt a longing to return to Korea once again,” says Christie.

She visited Korea during her college summer breaks, but could not stay longer than two months because of school.

“When I came to Korea in 2011, I stayed at the InKAS [International Korean Adoptee Service] guesthouse,” she says.

“The InKAS president also lives there with the adoptees, and I got to know her quite well. She invited me initially to do an internship at InKAS and later hired me on as staff,”

Christie adds her decision to work at the agency was a natural progression of her study of sociology in college, which made her “deeply interested in learning about people and global connections.

“This ties in well with InKAS as it is an organization that helps overseas Korean adoptees.”

Staff at the 25-year-old organization has been instrumental in promoting a dual citizenship for international Korean adoptees that was introduced early last year, as well as hosting cultural camps for adult adoptees.

“As program coordinator, I usually attend most of the cultural camps we hold in Korea for adults,” says Christie. “Working with adoptees from all over the world is an amazing experience.”

In January 2011, a revised immigration law took effect that allows all international Korean adoptees to become citizens of South Korea while retaining their foreign nationality.

“I think it’s really encouraging that Korea is now accepting us as Korean citizens. Hopefully it will encourage adoptees to stay here long term,” says Christie.

The large influx of international adoptions can be mostly attributed to the devastation of the Korean War (1950-1953). Another cause is single mothers who find themselves alienated from society with few options.

Although the stigma toward single mothers still remains, the Korean government is welcoming international adoptees as citizens.

Christie encourages all international adoptees to look into the new legislation, saying the process is not intimidating, especially with the assistance and support from the many post-adoption agencies in Seoul.

“It’s not an impossible task, but you have to fill out all the applications and meetings in Korean ? no English,” she says.

The legislation allowing dual citizenship is in line with government efforts to encourage families to adopt domestically to raise public awareness about the high number of international adoptees.

Christie has settled in South Korea, but decided not to search for her birth parents after watching what other adoptees have gone through with their biological parents.

“While working at InKAS, I had the chance to hear many adoptees’ stories of locating biological family members,” she says.

“Many felt very frustrated because of the language barrier, and there were also many sad stories, as well as biological parents that rejected any meeting at all.

“Right now I could still be searching for my birth parents, but I decided to wait. I want to be 100 percent prepared emotionally.”