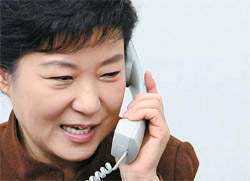 A couple of aides close to President-elect Park Geun-hye said they would eschew any positions in her administration, helping fulfill Park’s promise to fill high-ranking posts with a variety of figures, not just cronies.

Lee Hak-jae, a Saenuri Party lawmaker and Park’s chief secretary at the end of her campaign, said yesterday on his home page, “I will step down from the post of Secretary Lee Hak-jae and return to my original position, a lawmaker. From this moment, I will not accept any position [from her].”

Ahn Dae-hee, chief of the Saenuri Party’s political reform committee and another close aide to Park, suddenly disappeared a day before the election, the Munhwa Ilbo reported.

A colleague said Ahn left the office Tuesday, having packed up all his belongings, the newspaper reported. 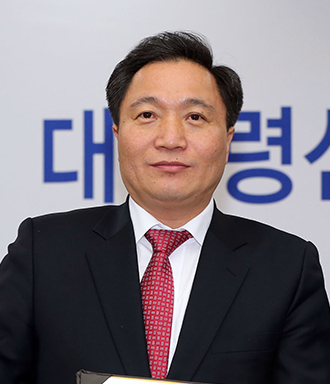 “It is natural since all my duties were completed,” Ahn told the Munhwa Ilbo by phone.

The withdrawal of two core members of Park’s camp came after she promised to select a fresh inner circle for her administration regardless of their political backgrounds, emphasizing on “national harmony” and “impartiality.”

Political observers expect the members of Park’s transition team to become the inner circle of the new administration. Now people are eyeing other Park confidants to see if they withdraw.

Choi Kyung-hwan, a three-term Saenuri lawmaker who is regarded as one of the most sincere Park loyalists, already stepped down from his position as chief secretary to Park in her campaign on Oct. 7 and was replaced by Lee Hak-jae.

Kim Moo-sung, a former Saenuri lawmaker who led Park’s regional campaigns, also said on Oct. 11, “I will not take any presidentially appointed post if we win the election.”

Kim also disappeared from his office yesterday. He put a hand-written message on the door that read, “Now my role has ended and I should take a break for a while out of Seoul.”

He said at a camp-disbanding ceremony Thursday, “Park made a promise to the people to change the world .?.?. to make the promise come true, we should not be a burden to her.”

Kim Sung-joo, chairwoman and CEO of the Sungjoo Group, also left her office with all of her belongings.

“She has said she can play a role as an adviser, but she didn’t want to take any position in politics,” an aide to Kim told Yonhap. “So she is just going back to her original job, business.”

Hong Joon-pyo, the newly elected South Gyeongsang governor and a Saenuri Party member, advised Park’s inner-circle members to back off.

“It is right that those who led the presidential campaigns should step down in the early period of the new administration,” he said in a radio interview with MBC yesterday. “So far, those who led presidential campaigns occupied positions and wielded power in new administrations. Once they do that, that’s the time when everything starts to get messed up.”