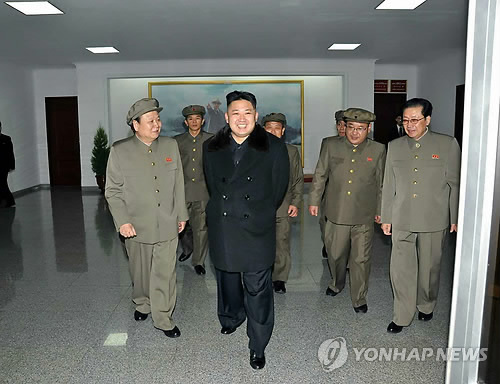 North Korea has reported the result of South Korea’s presidential election in an unusually speedy manner, prompting predictions that it may seek to mend ties with the South under a new Seoul administration.

A terse dispatch released by the Korean Central News Agency late Thursday said, “The Saenuri Party candidate was elected after a close race in the South’s presidential election on Dec. 19, according to domestic and foreign news reports.”

The latest election result was also carried by the North’s key radio station, monitored in Seoul, early Friday. Analysts said the speedy reaction could indicate the North’s willingness to mend ties with Seoul under the new administration that will be led by President-elect Park Geun-hye.

“Given the North’s speedier-than-expected report of the South Korean presidential election result, it is likely that North Korea will actively start to mend ties with the next administration,” said Professor Yang Moo-jin of the University of North Korean Studies in Seoul.

The North may continue to criticize the Lee administration while showing a willingness to open talks with Park under the conditions the president-elect expresses her stance over previous inter-Korean pacts, the professor said. Yonhap