Abe’s policy on weaker yen a threat to exports

Abe’s policy on weaker yen a threat to exports 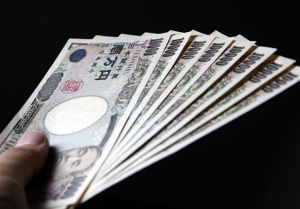 The Korean market has been closely following the Japanese currency and stock market after Shinzo Abe and the Liberal Democratic Party (LDP) of Japan won a landslide election of the House of Representatives on Dec. 16.

This is the second time for Abe to serve as Japanese prime minister. He immediately vowed after the election that he and his party will focus entirely on strengthening Japan’s struggling economy through a weaker yen.

He said his party is even willing to print unlimited money to achieve this goal.

The message was clear. Abe wants to stimulate the economy by injecting money into the market, which will help consumers ramp up their spending.

Furthermore, the BOJ has hinted it would raise the nation’s inflation target from 1 percent to 2 percent, which has been demanded by Abe and the LDP.

Raising the target means an additional loosening of the country’s monetary policy. The Japanese central bank has kept the key borrowing rate at 0 and 0.1 percent, which is exceptionally low.

But Abe wants the rate to be completely lowered to a flat 0 or a negative number to boost lending. The movement in Japan has further weakened the Japanese yen while driving up the stock market.

After the election, the Nikkei surged. The day after the election on Dec. 17 the Nikkei closed at 0.92 percent, or 91.32 points higher than the previous day. Two days later, on Dec. 19, it finally rose above the 10,000 mark for the first time in eight months, after adding 2 percent, or 237.39 points, to close at 10,160.4, the day before the Japanese central bank made its announcement.

On Dec. 17, the yen depreciated as investors speculated about a loose monetary policy. The yen closed at 83.80 against the U.S. dollar compared to 83.43 on the previous day’s trade. The market started to speculate that the yen could devalue to 85 yen against the greenback.

The stock market on Friday slightly retreated from the previous trade closing at 0.99 percent, or 99.27 points less to 9,940.06. The currency also appreciated after it closed at 84.24 down from 84.37 on Thursday. However, the drop in the stock market and the appreciation of its currency was largely due to deepening concerns on the realization of a fiscal cliff as a budget negotiation between the White House and Republicans once again stalled.

Those fears drove investors to stash their Japanese currency as a safe asset, which led to the appreciation of the yen.

As the appreciation of the Japanese yen on Friday could be a temporary trend, the yen depreciation trend could come as a threat to the Korean economy.

The two countries have long been fiercely competitive in the global market, and a sharp depreciation of the yen is bad news for Korea, especially at a time when its exports have been declining.

“In the first two weeks of this month, Korea’s exports have shrunk 12 percent compared to the same period last year,” said Lee Seung-hoon, an analyst at Samsung Securities. “The recent economic and financial indexes show the urgent need of a policy choice as Japan’s yen depreciation is picking up speed after Japan’s LDP won the election.”

The Japanese yen depreciation is expected to increase as Abe is likely to push forward aggressive economic policies that would stimulate the Japanese economy, including the possibility of stronger intervention in its currency market. In addition, Abe may name a new governor who is more agreeable to his policy directions once current Gov. Masaaki Shirakawa steps down in April. Some analysts here speculate that the Japanese yen could appreciate to 100 yen against the U.S. dollar by the end of next year.

“If the yen reaches 90 yen against the dollar, the 100 yen to 1,200 won exchange level could be broken, and this would bring about a problem in competing with Japan [in exports],” said Lee Young-won, analyst at HMC Investment Securities.