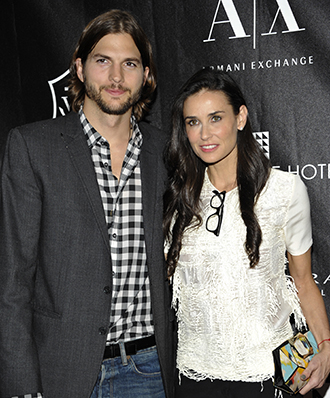 LOS ANGELES - “Two and a Half Men” star Ashton Kutcher filed for divorce from actress Demi Moore on Friday in Los Angeles, following more than a year of separation, according to court documents.

Kutcher, 34, cited irreconcilable differences in divorce papers filed in Los Angeles Superior Court, adding that he is not seeking spousal support or denying support to Moore.

Moore, 50, and Kutcher separated in November 2011 after six years of marriage, after a San Diego woman said she had an affair with Kutcher.

Representatives for Kutcher and Moore did not return calls seeking comment.