Prince William going to the in-laws

Prince William going to the in-laws 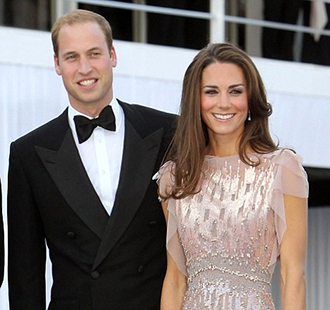 The second-in-line to the throne and the former Kate Middleton will be at the Middleton residence in Bucklebury, a village west of London, said a St. James’s Palace spokesman.

“The Duke and Duchess of Cambridge will spend Christmas Day privately with the Middleton family,” the spokesman said, using the official titles given to the couple after they married in April 2011.

They plan to visit the queen’s Sandringham Estate in Norfolk, eastern England, later in the holiday season, the palace said.

The monarch and her husband Prince Philip were understood to have approved the couple’s decision.

The Cambridges spent Christmas at Sandringham last year, at a time when Philip was in the hospital after undergoing a heart procedure.

It will be the first Christmas since William and Catherine, both 30, announced that they are expecting their first child. Catherine spent several days in the hospital earlier this month with severe morning sickness.

Her father, Michael, and mother, Carole, who run a party supplies business, and her sister, Pippa, and brother, James, are all expected to be spending Christmas with Catherine and William.

“Home is, happily, where I’ll be this year,” Pippa wrote in The Spectator, a political weekly. “The Middletons’ Christmas should be blissfully calm. We’re good at keeping each other’s spirits up.”

She said Michael Middleton “buys a new costume each year and typically gets a bit carried away - a couple of Christmases ago, he appeared in an inflatable sumo outfit.” Reuters