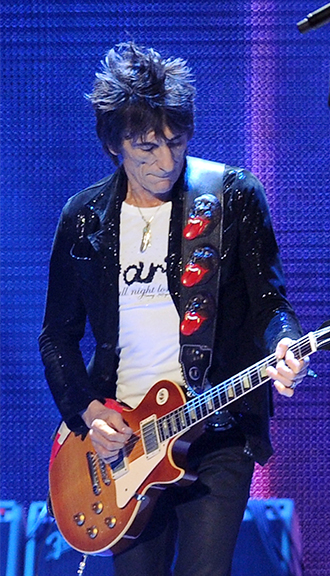 The Sun and the Daily Mirror carried photographs of the 65-year-old rocker with a pale boutonniere and a dark blue suit and his 34-year-old bride in a traditional white gown with a clutch of white flowers.

The Sun quoted Wood as saying “I’m feeling great’’ as he and his bride kissed and posed for pictures outside the exclusive hotel in London’s upscale Mayfair district.

The newspapers said the guests included singer Rod Stewart and his wife, Penny Lancaster, as well as Paul McCartney and his wife, Nancy Shevell. AP