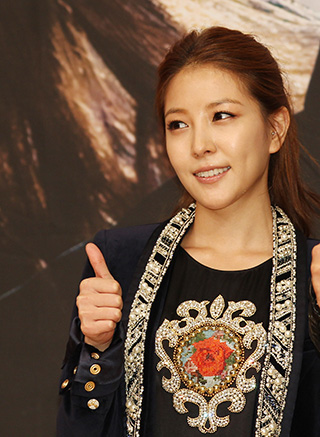 
BoA has added an extra date to her first solo concert set to take place next month.

SM Entertainment announced on Monday that because all the tickets for the Jan. 26 show have sold out, another performance will take place the following night.

The Olympic Park concert will be the singer’s first solo show in Korea since making her debut some 12 years ago.

Although she’s held countless concerts in Japan, BoA has never done so in her home country.

On Dec. 11, the 26-year-old star tweeted that she was nervous about the upcoming shows.

“I’m a bit bashful about it,” said the singer, who went on to say that she’s been rehearsing like crazy to give it her best.

BoA released her seventh album “Only One” earlier in the year. At a press event for her album, the seasoned K-pop starlet said she wasn’t sure why her agency SM Entertainment had never suggested a Korean solo recital until now.