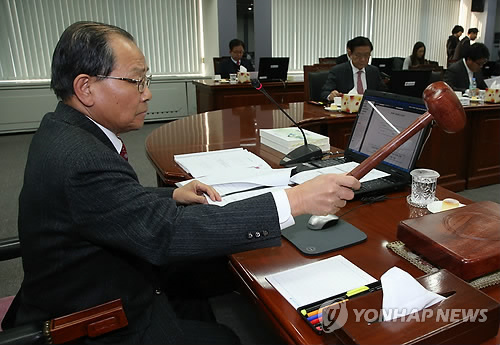 The mobile carriers -- industry leader SK Telecom Co., KT Corp. and LG Uplus Corp. -- will be banned from attracting new customers for up to 24 days starting in January, and have been fined a combined 11.89 billion won (US$11.08 million), said the Korea Communications Commission (KCC).

LG Uplus will be barred from gathering new subscribers for 24 days from Jan. 7, while SK Telecom and KT will also be banned from luring new customers for 22 days and 20 days, respectively, according to the KCC.

The regulatory move comes after the KCC started a probe in September after finding that the three mobile operators had discriminated against subscribers by paying subsidies of over 270,000 won to certain users between July and December this year.

Of the discriminative cases, No. 3 player LG Uplus was found to have most frequently offered subsidies, followed by SK Telecom and KT, according to the watchdog.

The KCC said the three companies should submit a plan within a month on how to correct their system and later submit an additional report on how they executed the plans.

However, the mobile carriers voiced concern over the ban.

LG Uplus said it is regretful that the longest suspension was imposed on the smallest mobile operator and urged the government to stabilize the market.

SK Telecom said in a statement that it was a "harsh decision" to simultaneously impose bans and fines.

The leading player said the incident should lead to heightened punishment as well as initiate a probe into finding out which company triggered this overheated competition.

Meanwhile, some market watchers projected the regulatory move will boost earnings for the three companies.

"The KCC's probe in the fourth quarter eased competition and improved profit. The suspension is likely to ease marketing competition and reduce related costs in the first quarter of 2013," Korea Investment & Securities Co. analyst Yang Jong-in wrote in a note.

South Korean mobile carriers have been embroiled in a heated competition to lure subscribers amid stagnant growth in the local market.

Currently, market leader SK Telecom controls roughly half of the market, followed by No. 2 player KT and the smallest player LG Uplus. (Yonhap)