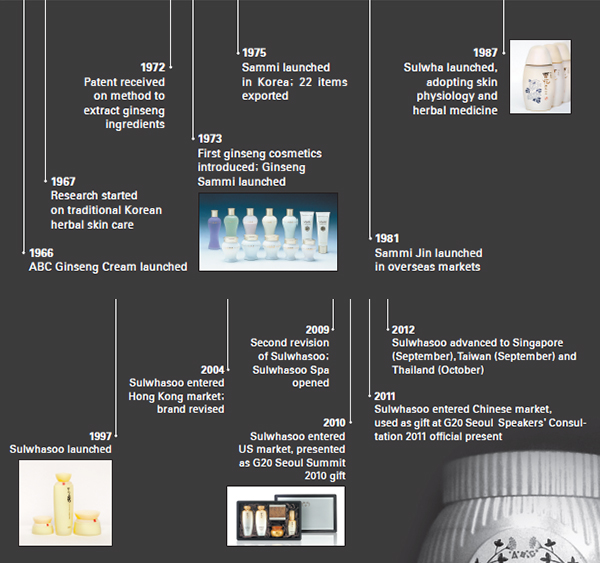 
Sulwhasoo is a brand possessing the history of Amorepacific and the will of its founder, Suh Sung-hwan. 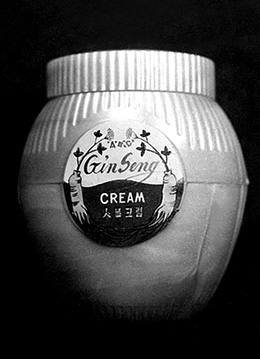 The founder had pride in the company’s products and showed strong will to position Sulwhasoo as a unique luxury brand. Suh started Amorepacific, and in 1966, introduced ABC Ginseng Cream. The company has since endeavored to research traditional Korean herbal skin care methods using ginseng and other ingredients. After several trials and much effort, the company registered a patent on extracting ginseng ingredients in 1972, and in 1973, it launched the Ginseng Sammi cosmetics line using ginseng saponin ingredients, the first to do so in Korea.

Ginseng Sammi adapted Goryeo celadon for its package design in 1975 and advanced to the world market.

Herbal medicine ingredients were added in 1987, leading to the Sulwha brand. Ten years later, the company was able to prove the herbal medicine effect scientifically, and Sulwhasoo revealed this fact to the world. The most unique factor of Sulwhasoo is its safety, so anyone with sensitive skin can use the product.

Sulwhasoo first advanced to an overseas market in September 2004 in Hong Kong and later entered the United States, China, Singapore, Taiwan and Thailand.