The Korean government will publish a book next month that contains oral testimony from elderly victims of forced sexual slavery by Japanese military men during World War II.

According to the forced laborer investigation commission under the Prime Minister’s Office on Monday, it is the first time a book will be published at the government-level containing official records and details about victims of sex slavery.

Since January 2005, the commission toured the country and secured stories from 12 former victims, often referred to and euphemistically called “comfort women.”

The comfort women survivors painfully recalled the past suffering and humiliation as well as wartime atrocities they suffered under colonial Japan. 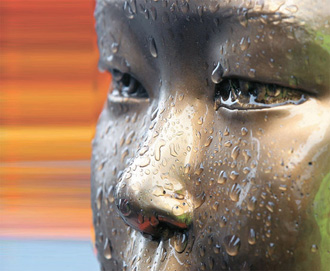 “We decided to publish such a book last October to have more people become aware of the issue, with the hope of using it as a form of evidence for litigation against the Japanese government,” an official from the commission said.

Historians say up to 200,000 women, mostly Koreans, were forced into sexual slavery at the frontline Japanese military brothels during Japan’s colonial rule from 1910 to 1945.

Survivors have given testimony about the hardships they were forced to endure and have urged the Japanese government for a formal apology and compensation in recent years. Tokyo, however, has so far ignored such a request.

The Korean government has also beefed up efforts for a formal apology from Japan after the Constitutional Court in August 2011 said that the government was denying the rights of former sex slaves because they haven’t solved the problem.

Based on one of the witnesses secured by the commission, Han Soon-bok, an 89-year-old victim, was abducted by two Japanese men in 1940. She was forced to get on a ship at Busan Port after being beaten all over her body.

When she opened her eyes after recovering consciousness, she found out that she was near a Japanese military base in Keelung, a port city in northern Taiwan.

From the next day, Han, who was 17 at the time, was forced into sexual slavery, which she endured for five years.

“There was no day and night in dealing with military men,” Han told the commission, with her voice trembling. “[Japanese] soldiers showed no mercy because they also didn’t know when they would die, today or tomorrow.”

According to the commission, Kim Bok-nim, 82, was taken to Yanji, China, in 1942. She said she was deceived by an employee from a job placement agency who told her that she would be given an opportunity to earn money. Kim was 13 at the time.

Kim said that she was given chores in the first year she was taken to China. The following year, however, she was forced into sexual slavery. She said it was extremely painful for a 14-year-old to service bulky soldiers. Kim added that she was beaten because she wasn’t able to give them pleasure.

“My heart beats fast whenever I talk about that,” she said.

Kim said that she escaped the brothel only after Korea’s independence by dressing up as a Chinese man. “Only heaven and earth know the pain I went through,” Kim said, clutching her chest.

Among them, however, only 236 have been officially confirmed by the government as victims.

The commission said it isn’t easy finding them since most of them have died due to various illnesses and some are also living overseas.