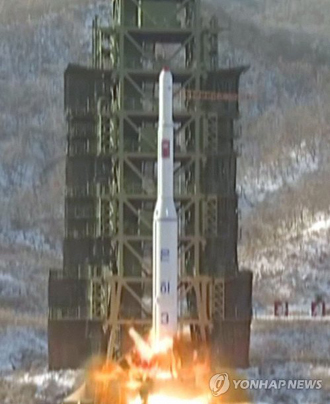 "Recent claims made by certain countries about missile cooperation between Iran and North Korea are merely speculations," Iranian Defense Minister Ahmad Vahidi was quoted as saying.

China's Xinhua news agency picked up his comments as reported by a local TV station.

The Iranian defense chief, however, said Teheran has never dispatched any official to Pyongyang for military cooperation, according to the report.

The U.S. and its allies have long suspected military ties between North Korea and Iran.

Masoud Jazayeri, deputy head of the Iranian Joint Chiefs of Staff, "warmly congratulated" the government and people of North Korea on their successful launch, Pyongyang's official news agency, KCNA, reported at the time.

"History shows that if independent countries make persistent efforts, standing unfazed by anyone's influence, they can rapidly advance toward the road of progress and independence in the field of science and technology with self-confidence," he was quoted as saying. "Hegemonic states like the United States are incapable of blocking the progress of independent states." (Yonhap)