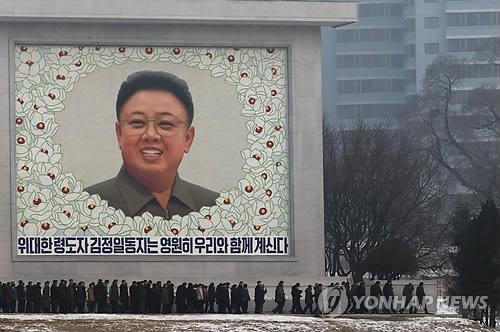 North Korea has established an international award named after its late leader Kim Jong-il, the state media said Monday, seen as part of its efforts to strengthen the personality cult surrounding the former ruler who died of a heart attack about a year ago.

The North's Korean Central News Agency (KCNA) said the "Kim Jong-il international award" was created in light of his birthday and to commemorate his inauguration as Supreme Commander of the Korean People's Army 21 years ago.

The prize will be granted to political leaders, prestigious scholars and leading businessmen across the world, who have contributed to world peace, social and cultural developments, and struggles for national sovereignty, the KCNA said.

The state media said the world's prominent figures have formed an award council in New Delhi, India, without elaborating.

The latest move comes after Pyongyang fired off a long-range rocket on Dec. 12, seen as marking the first anniversary of the former leader's death and cementing the regime's grip on power. (Yonhap)