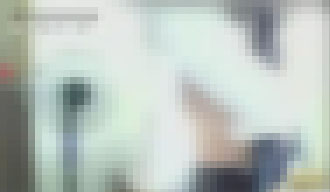 In October, a 21-year-old university student received a call from the police to come into the station.

The police told him that he had violated the country’s juvenile protection laws because he had downloaded pornographic materials with Japanese women dressed up in school uniforms.

The student searched the Internet at his home and submitted one of the actress’s profiles showing she is an adult actress to the police to prove she wasn’t actually a child.

The student, however, still worries that he could be punished because the law loosely defines child pornography as any “materials that feature minors.” If a child is shown in a pornographic film, whether or not they are engaged in sexual activity the film is considered child pornography.

In early October, the Supreme Prosecutors’ Office had said it will make it a rule to detain for investigation anyone suspected of having made or distributed pornography featuring minors or solicited minors to be involved in the production of a film.

Those who possess or distribute child pornography were to be indicted even if they are first-time offenders or have deleted material from their computers after downloading it.

The prosecution’s crack down on child pornography came after the nation was shocked by a series of sex crimes targeting children or minors.

In July, 9-year-old Han Ah-reum was kidnapped and murdered by her 43-year-old neighbor Kim Jeom-deok in Tongyeong, South Gyeongsang, who later confessed he was stimulated by child pornography.

The prosecution, however, sent down on Dec. 23 its revised guidelines for child pornography to local offices to suspend the indictment for first-time offenders if they complete a 24-hour educational program.

The prosecution explained the program is similar to the U.S.’s “John school” program, which offers education for clients of prostitutes.

The prosecution announced the strict regulation with its “no mercy” stance on child pornography, but eased up in only three months.

Too many violators like the 21-year-old university student have been caught and the prosecution doesn’t have the resources to deal with them all.

The policy would punish people for distributing and possessing child pornographic materials even though the stars of the films are not in fact minors, but are playing roles of children.

On Nov. 22, the National Assembly also passed a revised bill that clarified child pornography as material that “shows children or teenagers involved in sexual activity.”