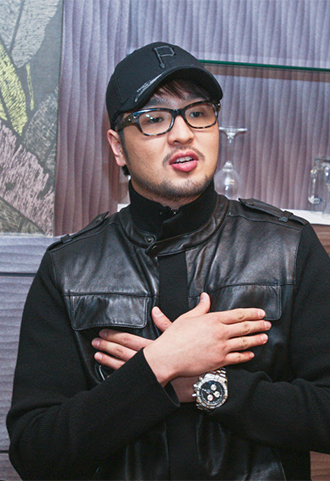 The g.o.d member, who tied the knot last year on Dec. 26, relayed the good news to fans at a concert that took place on Christmas Day at the COEX in southern Seoul.

At the “Vocalist Concert,” in which he took the stage alongside Bobby Kim, the 31-year-old newlywed asked fans if he could “be selfish” and sing a song on his own for his wife.

After asking her to come up to the stage, Kim presented her with a single rose before serenading her with a 2AM song and proposed “in a proper manner” before revealing to fans that his wife was pregnant.

“It’s actually a secret, because only my boss and the two of us know that she’s pregnant with our second child,” Kim said.

When asked by fans whether he wanted a boy or a girl, he said that “because our first child takes after me, I hope the second baby takes after the mother.”