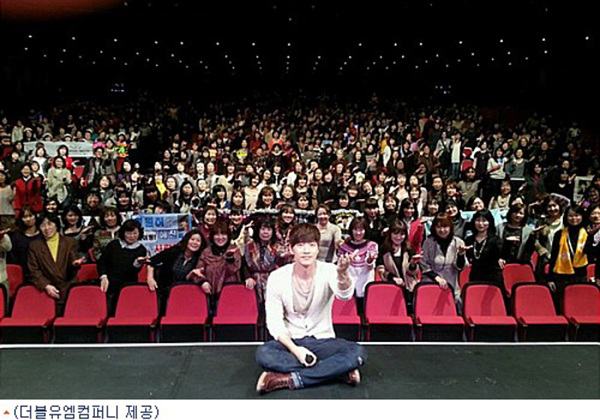 Park Hae-jin plugged his friend and comedian Heo Kyung-hwan’s trademark show as a loyal gesture at his own fan meet in Japan.
During the event Park asked fans to imitate him in the begging pose made famous by his friend Heo on the KBS “Gag Concert” segment, “The Dignity of a Beggar.”

Back in October, Park appeared on the segment after having promised to do so if his drama accrued 30 percent viewers’ ratings.
On it, he appeared as Heo’s taller lookalike and the two had fans cracking up with their portrayals of a conceited, pretty-faced “flowerboy” beggar.