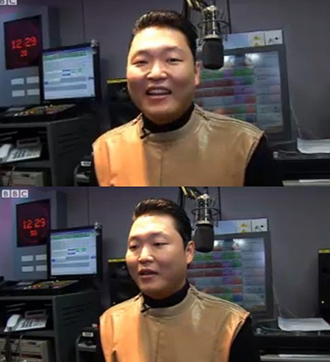 A video of Psy capping off the year has been uploaded on the BBC’s main Web site.

The British news outlet made the 1:30 minute video available on Christmas Day, introducing it as a message from the nation’s “dear leader” just in time for the festive season.

With scenery capturing quintessential British themes that act as prelude to a message from a statesman, it wasn’t quite the Queen who made an appearance.

Usurping the place of the Queen, a take from “Gangnam Style” was played with Psy mouthing the immortal words, “Oppan Gangnam Style.”

As well as wishing everyone a merry Christmas, Psy said 2012 was a “very huge year” for him.

He also said that he hoped to see British fans soon in the next year with a new single and a concert lasting about two and a half hours.