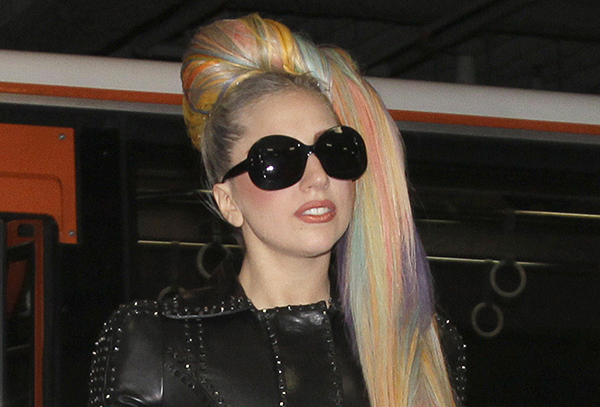 
PARIS - A silver platform shoe tossed to the audience by Lady Gaga and a felt hat custom-made for Michael Jackson are among the items of celebrity memorabilia up for sale in Paris, an auction house said Wednesday.

The Feb. 11 sale at the Drouot auction house also features a leather ecritoire, or writing case, used by Marilyn Monroe and a pocket knife owned by Napoleon III, France’s last monarch and first president.The Armani heel, lobbed by Lady Gaga in Paris during her second worldwide “Monster Ball” concert tour in 2009, is expected to fetch up to $12,000.She threw the pair but the auction only features the right shoe.

The Jackson fedora was crafted by Los Angeles firm Maddest Hatter which made only a number of limited hats for the “King of Pop.” He gave it to U.S. singer Jonathan Davis at a 1984 concert in Buffalo.