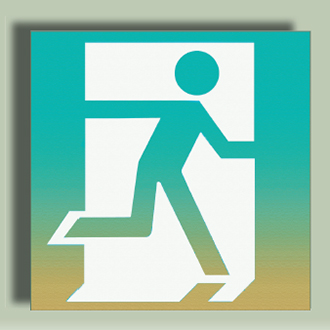 Foreign financial companies are either packing up to leave Korea or downsizing their operations here. Some are rumored to be heading for the exits as early as the first quarter of next year.

The exodus doesn’t jibe with Seoul’s aim of turning itself into an Asian financial hub. But this year was unquestionably the toughest for foreign financial companies since the Korean financial market was forced open in the wake of the Asian financial crisis of the late 1990s, known here as the IMF crisis.

Market analysts cite a worldwide corporate restructuring forced by the recession washing across the global economy, along with falling profits due to the saturated local market and stricter government regulations on the financial industry.

Goldman Sachs last month announced the closing of its asset management department after entering the market five years ago. ING Group has ING Life Insurance up for sale. KB Financial Group was the likeliest buyer but its board said not at the last minute earlier this month.

The UK financial group Aviva is still in negotiations with Woori Financial Group to sell its stake in Woori Aviva Life Insurance. The company was jointly established between the two companies in 2008. Woori has a 51.58 percent stake while Aviva has 47.31 percent. Woori wants to finish the sale, which started in June, by the end of the year. But the industry thinks that’s unlikely with only few days left on the calendar.

HSBC announced that it will entirely focus on corporate finance and no long operate its retail business.

“As the global financial companies are reorganizing their portfolios due to the deepening global recession they are either downsizing or exiting from markets where their sales are not doing too well,” said an analyst at a brokerage firm requesting anonymity.

Local financial companies had it rough but not as bad as foreign companies this year. Standard Chartered Korea and Citibank saw their net profits shrink between 60 percent and 70 percent in the third quarter compared to a year earlier due to sagging sales performance.

And other foreign financial companies did worse. Among 23 foreign asset management firms in Korea, nine suffered losses as of June.

In announcing its exodus on Nov. 13, Goldman Sachs said in a statement that the Korean market’s asset management business did not meet its expectations.

The market shares of the foreign financial firms has also been shrinking. Beyond the top five Korean financial groups, Standard Chartered Bank ranked sixth by assets size in the banking industry. However, its market share has fallen from 3.6 percent in June 2011 to 3.1 percent in the first half of this year. Citibank’s market share also dipped from 2.3 percent to 2.2 percent during the same period.

The market share of the 11 foreign life insurance companies, which was 25 percent in 2007, fell below 20 percent at the beginning of the year.

It said the CEOs cited restructuring of headquarters forced by the global recession was the main reason for the exodus from Korea.

Additionally many analysts believe it is difficult to expect high returns on investments as the Korean financial market is already saturated.

And numerous regulations including a tighter leash on capital liquidity are forcing global companies to restructure their strategies, including their sales operations in different countries as well as financial products and major targets.

So the foreign companies are expected to focus their energies not in competing in the retail sector but to areas in which they have advantages such as trade finance.

After deciding to shut its retail business in Korea, HSBC has been promoting the use of yuan as an alternative to the U.S. dollar for trading.

Other areas include foreign currency hedging and businesses related to stocks, bond sales as well as merger and acquisition.

Some industry insiders say the downsizing of foreign companies was brought upon themselves because they failed to adapt and localize their businesses.

“The foreign companies were less passionate about localization and focused too much on high profits and dividend payments for their headquarters overseas and foreign investors,” said a banker.

“The entrance of these foreign banks indeed helped the Korean financial industry develop,” he continued, “but the public wasn’t too pleased with the way these companies operated as they neglected taking part in social issues such as widening loans to small and midsize companies or broadening their financial products for the low income classes as well as their donations to welfare programs.”