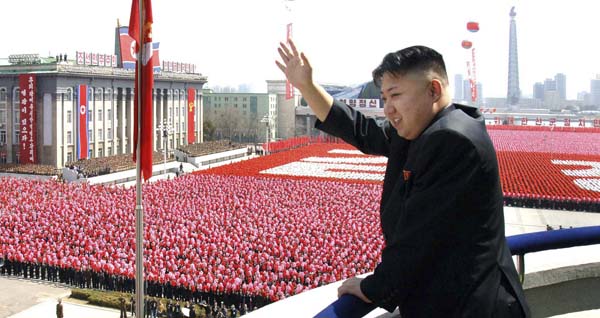 North Korean leader Kim Jong-un, right, waves his hand to the people during a military parade held to celebrate the centenary of the birth of the North39s founder Kim Il Sung in Pyongyang April 15. [REUTERS/YONHAP]

Over the past few days, various organizations belonging to the North's ruling Worker's Party have celebrated the upcoming anniversary with ceremonies at meeting halls in Pyongyang, according to the North's Korean Central Broadcasting Station and Radio Pyongyang.

"It appears that (the North) is mobilizing external organizations to hold the celebrations in order to once again emphasize the leader's status to all the North Korean people and unite their sense of loyalty," said Chang Yong-seok, a senior researcher at Seoul National University's Institute for Peace and Unification Studies. [Yonhap]