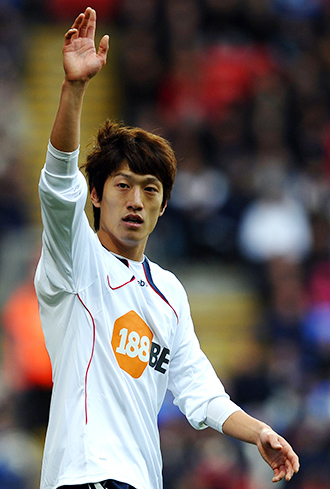 Freedman’s side trailed to Nikola Zigic’s early goal at the Reebok Stadium on Saturday, but Marcus Alonso equalized for the hosts before Lee scored one of the goals of the season with a superb run through the Birmingham defense followed by a fine finish.

Keith Andrews netted a penalty in the second half after Birmingham captain Steven Caldwell was ruled to have handled, but it was Lee’s effort that caught Freedman’s eye.

The 24-year-old missed virtually all of last season with a broken leg, but he is showing signs of returning to peak form.

“It was a wonderful goal from a wonderful player and he deserves all the credit he gets because he had a horrible injury and he’s worked so hard to get back from it,” Freedman said.

Huddersfield manager Simon Grayson admitted he was stunned by referee Mick Russell’s blunder in the 0-0 draw with Sheffield Wednesday.

Russell made a glaring error midway through the first half when he failed to send off Sheffield Wednesday midfielder Jeremy Helan for a second yellow-card offense.

Helan, on loan from Manchester City, was booked by Russell for a 26th-minute foul on Huddersfield winger Adam Hammill, having already been shown a yellow card for diving in the penalty area in the ninth minute.

But despite animated reminders from Huddersfield players and the home bench, Russell restarted play with Helan still on the pitch.

“As we came off the pitch, he came to me to apologize for the error he made,” Grayson said. “I think he’s probably written the wrong number down in his book, which is staggering, and I also think he should have been helped by his officials.”

Cardiff assistant manager David Kerslake was delighted with Rudy Gestede after the French striker maintained the Welsh club’s five-point lead at the top with the decisive goal in a 1-0 home win against Millwall.