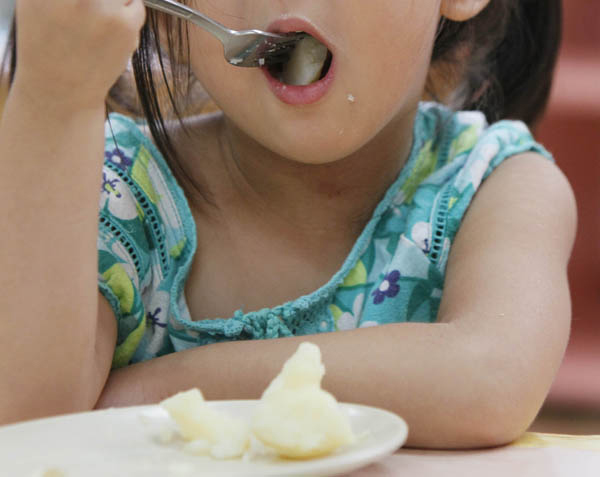 Despite proposals to scrap the plan, starting from tomorrow, free day care will likely be extended to children under 5 regardless of household income.

In an agreement between ruling and opposition parties, the National Assembly’s Special Committee on Budget and Accounts yesterday decided to set aside an additional 1.4 trillion won ($1.3 billion) for next year to carry out the free child care program. That amount, said officials, would cover estimated shortcomings for the program.

The budget committee held a consultation session with high-level officials, including Rim Chae-min, minister of health and welfare, Bahk Jae-wan, minister of strategy and finance, and Kim Kwan-yong, president of the Governors Association of Korea, before reaching the decision.

The total proposed budget allocated by the government for the free day care program will be 4.19 trillion won, which includes the 1.4 trillion won increase proposed by the budget committee.

If the plan is carried through, families with children under 5, regardless of income level, will be eligible for free access to day care centers or kindergartens. If they opt out, they will receive a monthly allowance of up to 200,000 won for child care support.

A free day care program for toddlers under 24 months was begun last March and faced criticism because of its impact on budgets nationwide.

Local governments ran out of their day care budgets as early as this summer and were very scared at the extension of the program to kids aged 3 to 5 next year.

Responding to their concerns, the Ministry of Health and Welfare in September proposed making free day care available to families in the lower 70th percentile of household incomes. But there was a backlash against excluding households based on income.

In November, 24 out of 25 districts in Seoul declared that they would not be able to shoulder the budget for free day care next year unless the central government helped.

Free day care for children under 5 was one of President-elect Park Geun-hye’s campaign promises.

A total proposed budget of 342.7 trillion won for next year, a 200 billion won increase from the government’s initial proposal, was agreed upon by the ruling and opposition parties yesterday. The National Assembly is scheduled to hold a plenary session to pass next year’s budget bill today.

Budget increases on welfare spending following compromise between the ruling and opposition yesterday include lowering university tuition, insurance support for low-income households and an increase in Army officers’ wages.

A total of 2.68 trillion won was set aside for lowering university tuition and 662 billion won for doubling soldiers’ wages within the next three years.

One or two last minute issues were being discussed, a budget committee official said yesterday.

To raise more revenue next year, the Saenuri Party and the Democratic United Party on Friday agreed to expand the tax on financial profits. The revision was submitted to the Legislation and Judiciary Committee for review. Currently, people who make over 40 million won a year in capital gains from financial investments have to pay the highest capital gains tax rate, which is 38 percent. Under the revision, the rate will be applied to anyone who makes over 20 million won in capital gains from financial investments.

Last week, Park proposed various measures to bolster revenue and called for an end to various tax breaks. She called for measures to legitimize the country’s vast underground (or untaxed) economy. A proposal to raise the minimum tax rate for high income earners to up to as high as 50 percent is also being mulled by lawmakers.