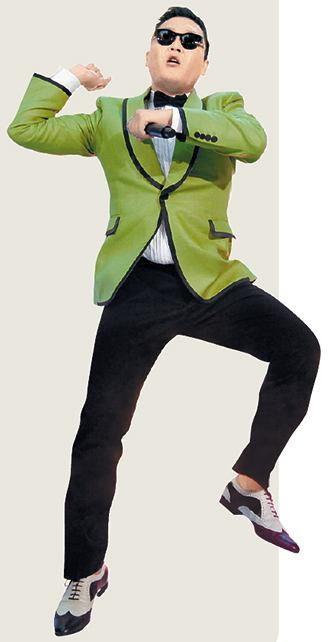 A New Yorker may not know the name of Korea’s president, but chances are he or she knows Psy - or at least recognizes his horse trot dance. The Korean rapper has boosted his country’s recognition throughout the world with his record-breaking YouTube video “Gangnam Style.”

The 34-year-old, who used to be a “B-list” rapper in Korea, wowed Koreans when he was mentioned by music celebrities in the United States such as T-Pain and Robbie Williams on their Twitter accounts, which led to media outlets like CNN picking up on the music video in early August.

After signing a contract with Justin Bieber’s manager Scooter Braun, Psy began galloping to international stardom. But that was only the start.

Bewildered by his own popularity, Psy began flying back and forth between Korea and the United States to dance at the 2012 MTV Video Music Awards in Los Angeles, at the Busan International Film Festival and appearing on NBC’s “Saturday Night Live” and the “Ellen DeGeneres Show.”

Psy became the most-searched keyword on Google, and his video became the first-ever on YouTube to reach one billion views. He received numerous awards both in and out of the country, including Best Video at the 2012 MTV Europe Music Awards.