Dick Wolf’s ‘The Intercept’ is a compelling read

Dick Wolf’s ‘The Intercept’ is a compelling read 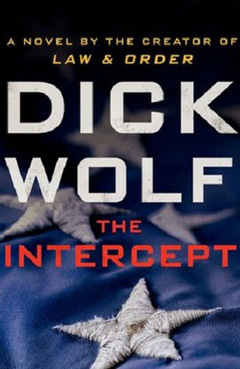 Dick Wolf, creator of the popular TV series “Law & Order,’’ has jumped into the literary world with “The Intercept.’’

Wolf makes it look like he’s been writing novels his entire life. The tight prose, great characters and the intense twists are all signs of a master at work.

Flight 903 inbound to Newark makes history when a flight attendant and five other passengers thwart an attempted hijacking. The plane lands, the hijacker is taken into custody and the rescuers become instant media celebrities. The job of uncovering the hijacker’s motives falls to Jeremy Fisk, an NYPD police detective assigned to the Intelligence Division of the Joint Terrorism Task Force. Investigating with his partner, they uncover evidence that the hijacker was meant to fail.

While his partner tries to protect the heroes of the flight on their whirlwind tour of various media outlets, Jeremy tries to track down the real mastermind.

Wolf examines the obsession Americans have with instant celebrity and how that fame can both boost and hinder a person’s life. And like a fly on the wall, he puts the reader directly into the minds of the police who work to keep citizens safe.

Readers will be clamoring for more adventures with Jeremy Fisk. AP