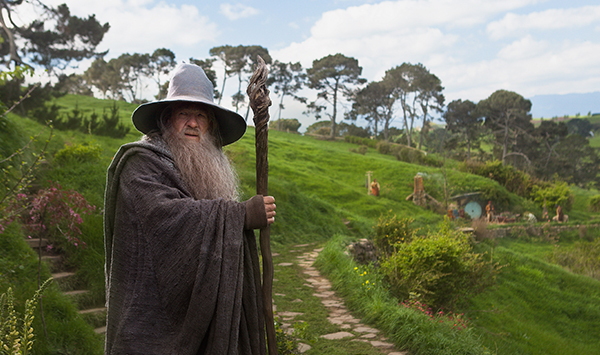 LOS ANGELES - “The Hobbit: An Unexpected Journey’’ continues to rule them all at the box office, staying on top for a third-straight week and capping a record-setting $10.8 billion year in moviegoing.

The Warner Bros. fantasy epic from director Peter Jackson, based on the beloved J.R.R. Tolkien novel, made nearly $33 million this weekend, according to Sunday studio estimates, despite serious competition from some much-anticipated newcomers. It’s now made a whopping $686.7 million worldwide and $222.7 million domestically alone.

Two big holiday movies - and potential Academy Awards contenders - also had strong openings. Quentin Tarantino’s spaghetti Western-blaxploitation mash-up “Django Unchained’’ came in second place for the weekend with $30.7 million. The Weinstein Co. revenge comedy, starring Jamie Foxx as a slave in the Civil War South and Christoph Waltz as the bounty hunter who frees him and then makes him his partner, has earned $64 million since its Christmas Day opening.

And in third place with $28 million was the sweeping, all-singing “Les Miserables,’’ based on the international musical sensation and the Victor Hugo novel of strife and uprising in 19th century France. The Universal Pictures film, with a cast of A-list actors singing live on camera led by Hugh Jackman, Anne Hathaway and Russell Crowe, has made $67.5 million domestically and $116.2 worldwide since debuting on Christmas.

Additionally, the smash-hit James Bond adventure “Skyfall” has now made $1 billion internationally to become the most successful film yet in the 50-year franchise, Sony Pictures announced Sunday. The film stars Daniel Craig for the third time as the iconic British superspy.

“This is a great final weekend of the year,’’ said Paul Dergarabedian, an analyst for box-office tracker Hollywood.com. “How perfect to end this year on such a strong note with the top five films performing incredibly well.’’