Man tells of discovering recording of ‘Arirang’ from 1896

Man tells of discovering recording of ‘Arirang’ from 1896 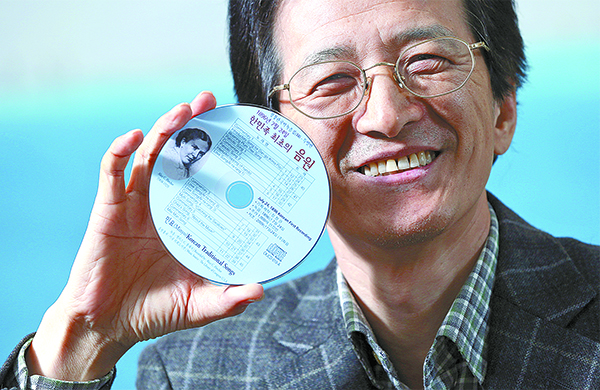 Jung Chang-kwan, vice chairman of the Research Group for Ancient Korean Music, holds a CD of the recording of “Arirang” sang by three Korean men in 1896. [Joongang Ilbo]


Jung Chang-kwan, vice chairman of the Research Group for Ancient Korean Music, restored and distributed the oldest-ever modern music file of “Arirang” sang by Koreans, which had been gathering dust in the U.S. Library of Congress for 111 years.

He secured the recording, which was made on Edison wax cylinders and performed by three Korean men in 1896, by American ethnologist Alice Cunningham Fletcher (1838-1923). He then released it on CD in 2007.

The three men belonged to a small group of young Korean men who fled to Washington, D.C. in the 1890s, fearing retaliation in their homeland after the unsuccessful attempts to open up Korea and accept revolutionary ideas.

Experts say there’s so much to study about “Arirang,” and Jung’s work is one part of it. The JoongAng Ilbo talked to Jung about the traditional folk song.

How did the discovery take place?

In 1998, Robert Provine - an emeritus professor in the School of Music at the University of Maryland - revealed the existence of the recording on Edison wax cylinders at a conference on gugak [Korean traditional music] held in Korea.

Since I learned about the existence of the recording, I pulled all the strings I could possibly think of for years to secure it. Finally, I did and found that a total of 11 songs had been recorded on six cylinders.

Among the 11 songs, three were “Arirang” - with their total length amounting to 11 minutes. It was lamentable how the condition was so bad that I could barely make out any of the lyrics except the part “arirang, arirang, arariyo.”

What did you do afterwards?

I used my own money - about 30 million won [$27,975] - and released about 4,000 copies of the CD. I have distributed them free of charge to: people and organizations like President Lee Myung-bak; television stations; study groups on traditional songs; and scholars of Korean studies and language. In addition, I also wrote a letter to U.S. President Barack Obama two years ago asking for the donation of the recordings to a Korean organization.

What do you think is needed for globalization of “Arirang?”