Major retrospectives head to Seoul in 2013

Major retrospectives head to Seoul in 2013 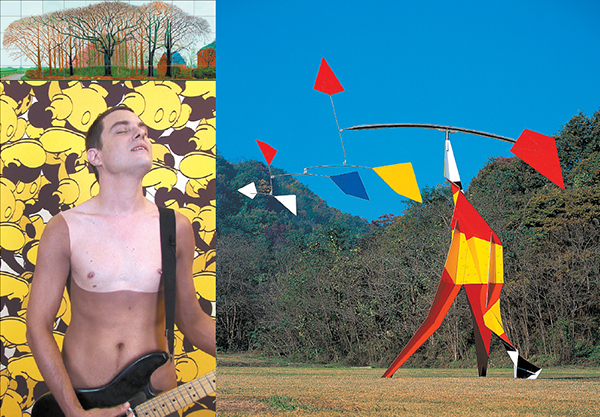 Clockwise from above: an exhibition of a collection from Luxembourg’s Mudam at the Artsonje Center; a solo show of the renowned British painter David Hockney at NMOCA; and American sculptor Alexander Calder’s retrospective at Leeum are part of major art exhibitions of 2013 heading to Korea. Provided by the museums


With no major biennial festivals during the odd years, the Korean art scene’s biggest event in 2013 will be the opening of the National Museum of Contemporary Art (NMOCA)’s large-scale Seoul branch in November.

NMOCA - with its headquarters now in Gwacheon, Gyeonggi, and small-scale Deoksu Palace branch in central Seoul - is building the new Seoul branch, on the site of the former Defense Security Command headquarters east of Gyeongbok Palace.

As the site’s neighboring area is already one of the nation’s most important art zones, the opening of the new Seoul branch will be a significant addition to the area.

NMOCA said in a recent statement it would hold five inaugural exhibitions at the new Seoul branch starting in mid-November. They include the “Connecting and Unfolding” show by foreign curators; the “Alef Project,” which focuses on a “fusion of art genres”; and a show featuring giant installation works by the renowned Korean artist Do Ho Suh.

NMOCA also plans to hold special exhibitions at its Gwacheon headquarters to celebrate the opening of the new Seoul branch. Among them are “Video Vintage,” an exchange exhibition of new media art with the Pompidou Center in Paris; and “Bigger Trees,” a solo show of British painter David Hockney based on the collection of the Tate in the United Kingdom.

The schedule has not yet been finalized as talks with the museums are still ongoing, NMOCA said.

The Leeum, Samsung Museum of Art - the biggest among Korea’s nongovernmental museums - is holding exhibitions across various art genres this year. The first is “Mise-en-Scene,” a group exhibition of eight artists who have shown images resembling movie scenes in their photography, video and installation works. The show will be held from late March to early June. 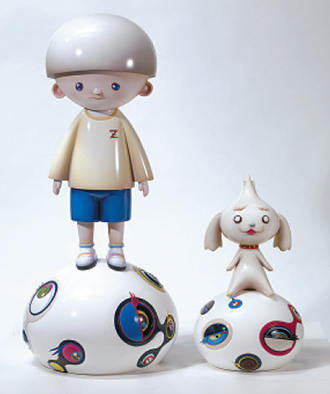 A retrospective of Japanese pop artist Takashi Murakami will be held from early July to late October at Plateau.

The exhibition, to be held from mid-July to late October, will include not only mobiles but also immobile sculptures known as “stabiles” in addition to drawings and paintings.

The museum’s branch near City Hall in central Seoul, named Plateau, will hold the first retrospective of the Japanese pop artist Takashi Murakami from early July to late October. In this exhibition, Murakami, one of the hottest artists in the global market, will show his paintings, sculptures and new media under the theme of a “Superflat Wonderland.”

“Superflat” is the term Murakami uses to explain his works inspired by Japanese manga and pop culture with flattened forms visually and “shallowness intellectually.”

As for the Artsonje Center in the art zone east of Gyeongbok Palace, a contemporary collection from the Mudam, or Musee d’Art Moderne Grand-Duc Jean in Luxembourg, will be held from mid-April to late June. The collection includes works by 19 artists such as “A More Perfect Day” by French artist Sylvie Blocher about utopian manifestos.

The Kumho Museum of Art, also in the art zone east of Gyeongbok Palace, will hold a large-scale exhibition of up-and-coming furniture designers between May and June.

And the SongEun Art Space on the Cheongdam-dong art street in southern Seoul will hold the first exhibition of the British artist duo Chapman Brothers in Korea from late August to early December. The brothers - Jake and Dinos Chapman - are known for their sensational, sometimes offensive, works.