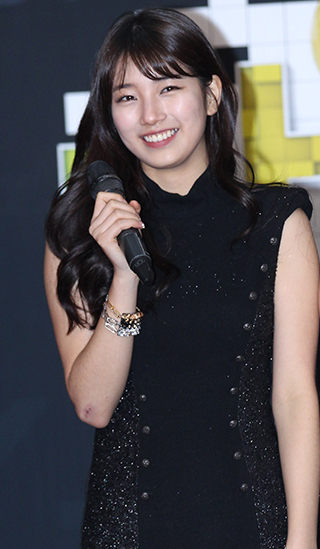 Miss A’s Suzy has conveyed her sentiments on growing a year older with the New Year, while on stage at MBC’s “Popular Songs Festival” on Dec. 31, she said she wanted to do a whole lot of things in 2013.

“I want to go clubbing, I want to watch movies that are rated 19 years and over,” said the girl group member.
In addition, the 18-year-old who turned 19 in Korean age on Jan. 1 said that she wanted to use her newfound maturity to try new things on stage.
“I want to pull some controversial dance moves on stage,” said Suzy.

One of the nation’s favorite stars finished up the year in fine form.
As well as being heralded by fellow idol singers as the Star of the Year, on the TV show “Weekly Idol,” she also won Best Newcomer at KBS’ Entertainment Awards last month.