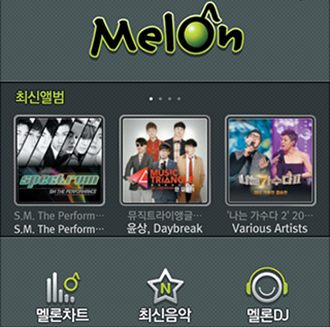 MelOn doubled the monthly fee subscribers must pay for unlimited access to its music-streaming service to 6,000 won ($5.60) yesterday.

Rivals of the nation’s top online music-streaming service provider and digital music file seller have either already adopted similar measures or are expected to do so soon. The government recently revised its guidelines pertaining to how they should charge their customers.

MelOn, a unique service provider operated by Loen Entertainment, a subsidiary of the nation’s No. 1 mobile carrier SK Telecom, also raised the price of its other service packages.

However, people who have been subscribing to the services before Jan. 1 will get a grace period of six months, meaning the price hikes will not apply for them until July 1.

Other service providers such as Soribada are also gearing up to unveil new price plans. They will be banned from selling products unless they raise their prices, to make sure they conform to the recently revised guidelines on digital music fees issued by the Ministry of Culture, Sports and Tourism.

This raises the share of profits from music files sales that go to copyright holders from 50 percent to 60 percent. An extra 10 percentage points will be added each year until 2016.

Music copyright holders have long complained about how they are being cheated out of what they see as their deserved profits. Digital music files are also much cheaper in Korea than in other countries. A music file costs at least $0.99 on iTunes, but a subscriber to a music download package with MelOn only needs to pay 63.9 won per file, or about half as much.

The price increase “will contribute to the development of music industry over the long term, given that it is aimed at boosting the profits of music source copyright holders and creators,” said MelOn on its home page.

“We will try to provide a more stable service and better content to prevent the music market from contracting in the aftermath of the price changes.”

MelOn has 18 million estimated users, including two million active subscribers, accounting for almost half of the market.