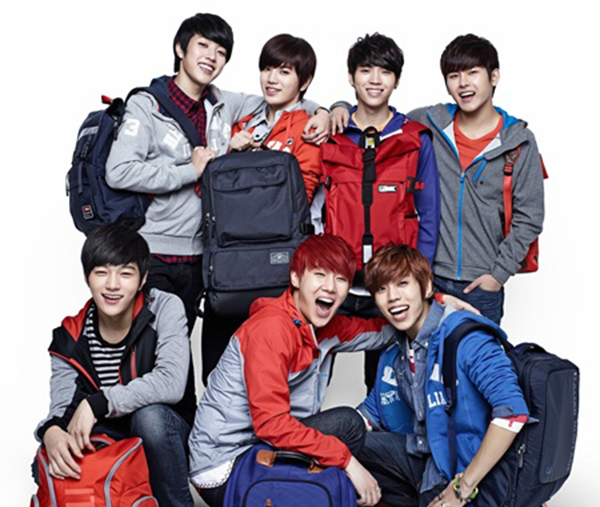 
Following in the footsteps of fellow idol groups like Big Bang and Beast, the seven members of boy band Infinite have become Fila’s latest models.

A picture of the group with the casual brand’s latest styles has been revealed, sparking much interest among fans.

Fila picks the hottest boy bands to represent its line of casual attire popular among teens every few years.

“We find the group’s lively attitude and street style fits in perfectly with the brand’s concept,” said a spokesperson from Fila Korea.

The group will take part in promoting the sportswear’s new range of backpacks and shoes in particular.

“The boys seems to love the 2013 range and will take to recommending each member’s signature products to fans,” said the spokesperson.

Last year, the group held two concerts in Korea. Back in October, it also held its very first arena tour in Japan.

The group’s leader Sungkyu embarked on a solo career by releasing an album late last year. This year is set to be another big year for the idol group.