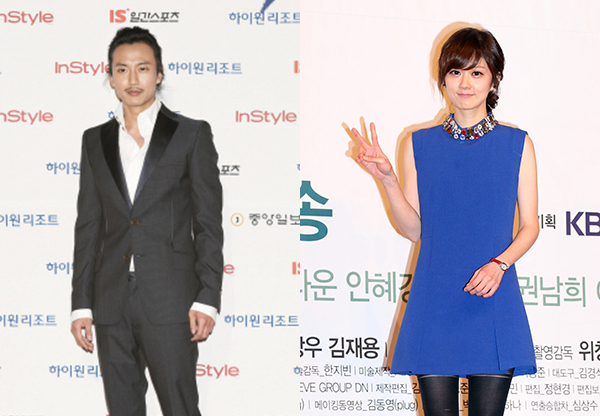 
Can you picture Kim Nam-gil and Jang Na-ra together?

Kim sure didn’t think so as he came out to deny the rumor that linked the two actors together.

“It’s ridiculous,” Kim said regarding the supposed gift that Kim lavished on her recently.

Although Kim did pay for a snack van to visit the set of the drama “School” in which Jang stars, Kim’s agency said that the occasion was actually intended for friend and fellow actor Choi Daniel.

“Although Kim and Jang are friends, there’s nothing more to it,” said the agency, adding that Kim wanted to shout his friend with whom he plays soccer from time to time.

The rumor began circulating online when comedian Kim Young-chun claimed that a catering van stopped by the set of “School,” in which he also stars, as a gift from Kim to Jang for the actress’ recent win at the KBS Acting Awards.