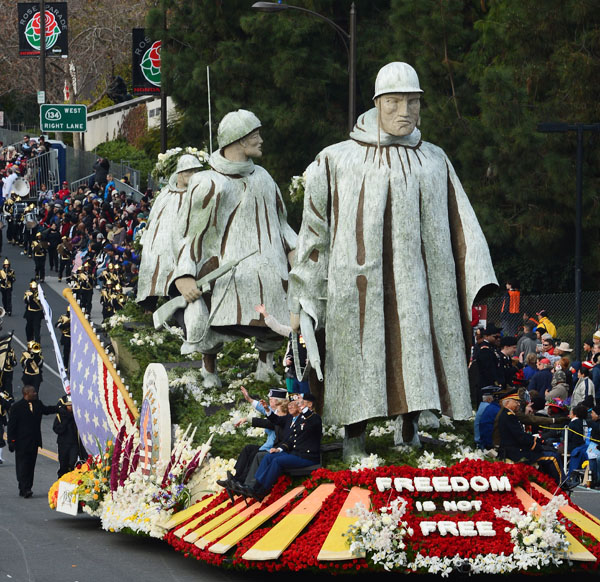 The U.S. Department of Defense’s 60th Anniversary of the Korean War Commemoration Committee’s “Freedom Is Not Free” float, winner of the National Award in the U.S., is seen on Tuesday in the 124th Tournament of Roses Parade held in Pasadena, California. [UPI/YONHAP]