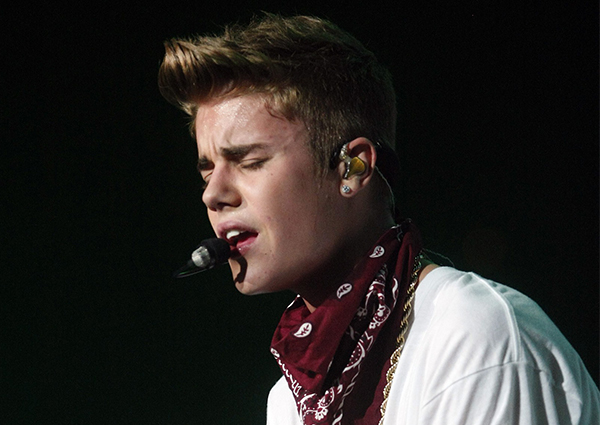 LOS ANGELES - Justin Bieber on Wednesday called the death of a paparazzo, who was chasing his white Ferrari in Los Angeles, a tragic accident and said he hoped it would spur action to safeguard the lives of celebrities, police and photographers.

Police said the freelance photographer, whose name has not officially been released, was killed by another driver on Tuesday evening after he crossed a busy highway to snap pictures of the Ferrari that had been stopped by police for speeding.

Bieber, 18, was not in the sports car, which was reportedly being driven by a friend.

“While I was not present nor directly involved with this tragic accident, my thoughts and prayers are with the family of the victim,” the “Boyfriend” singer said in statement.

Bieber, who is followed day and night by photographers, said he hoped the incident “will finally inspire meaningful legislation and whatever other necessary steps to protect the lives and safety of celebrities, police officers, innocent public bystanders, and the photographers themselves.”

Celebrity Web site TMZ.com said the photographer was following the Ferrari after seeing it pulling out of a Beverly Hills hotel on Tuesday evening, believing Bieber was inside the car.

Los Angeles police said the photographer was seen taking pictures of the traffic stop and was ordered by highway patrol officers to return to his car for safety reasons.

He was struck by another motorist while trying to cross four lanes of traffic.

Bieber was stopped by police for speeding on a Los Angeles freeway last July, when the Canadian teen sensation told police he was being hounded by paparazzi.

But a Los Angeles judge in November threw out criminal charges against the photographer who was charged in that case under a new California law aimed at cracking down on aggressive photographers and celebrity media.

The death on Tuesday brought calls from some other celebrities for a halt to the sometimes 24/7 tracking of their activities at work, home and leisure.

Miley Cyrus, 20, a frequent paparazzi target, sent out a stream of Twitter messages, referencing the death of Britain’s Princess Diana in a 1997 car crash while being chased by paparazzi in Paris.

“Hope this paparazzi/JB accident brings on some changes in ‘13 Paparazzi are dangerous! Wasn’t Princess Di enough of a wake up call?!” Cyrus tweeted. Reuters