Rain to be reprimanded

Rain to be reprimanded 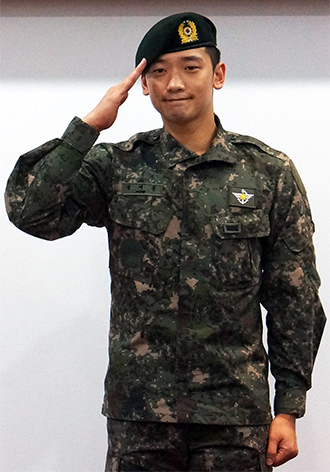 In line with his secret dates, singer Rain is to be reprimanded by the military for violating regulations placed on active-duty soldiers.

A spokesperson from the Ministry of National Defense said that there will be a hearing held next week by the disciplinary committee to come up with an appropriate sentence for the Hallyu singer.

The Army personnel said that Rain, who is known by his real name Jung Ji-hoon in the Army, had been given leave on numerous occasions to rehearse for military sanctioned performances.

But while out and about in town, he also secretly indulged in some rendezvous with Hallyu actress Kim Tae-hee.

“It’s a breach of conduct, and he will be punished as such,” the spokesperson said.

Apparently on Nov. 23, Dec. 2 and Dec. 9, Rain, who is in the PR division, used time allocated for rehearsal to see his lover.

News broke on Jan. 1 that the two were an item, and since then, both parties have confirmed.