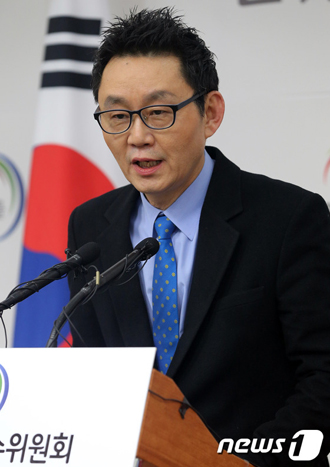 President-elect Park Geun-hye's transition team expressed regret on Saturday over opposition criticism that the team is filled largely with conservatives.

Park finalized the lineup of her transition team on Friday, laying the groundwork for launching her five-year presidency set to begin on Feb. 25.

He rejected opposition criticism of the team's latest personnel appointments as "distorting the sincerity of President-elect Park Geun-hye in her efforts to achieve national unity."

"It is an undeniable and objective fact that President-elect Park Geun-hye was very meticulous in naming personnel for the transition team with a basic philosophy for national unity," he said.

Park named former Defense Minister Kim Jang-soo to oversee external affairs, security and North Korea policies in her transition team as she finalized the selection of about two dozen top members of the committee.

Meanwhile, Park will send Rep. Rhee In-je, who served as one of co-chiefs for her election campaign, as a special envoy to the World Economic Forum in Davos this month.