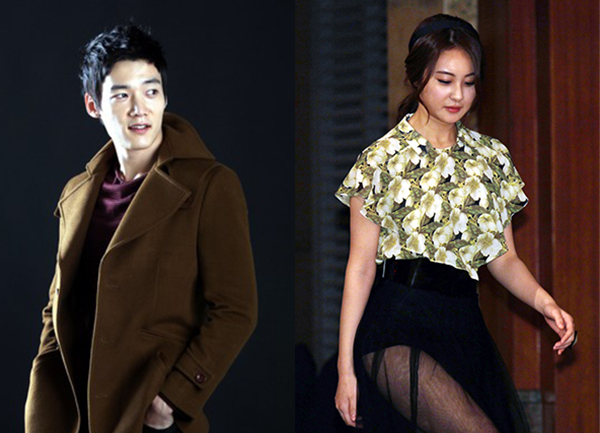 
Former co-stars from the drama “My Daughter the Flower,” Son Eun-seo and Choi Jin-hyuk, have split after dating for half a year.

News broke on Friday that the two had recently parted ways due to “conflicting schedules.”

“Because they were both so busy with work they naturally saw less and less of each other and ended it,” said a source close to the two.

Although no longer an item, the former lovers are said to be still friends.

The two met on set in June 2011 and admitted they were dating via their social networking sites. Choi in particular was very vocal about his feelings for Seo. He told fans that he was “happy every single day spent with her.” Pictures of the two on a date on Garosugil, a glitzy strip of shops an restaurants in southern Seoul, also emerged at the time.

Choi, 27 years old, made his debut in 2006 and most recently starred in “Tone-deaf Clinic,” while Son, 26, acted opposite Jae Hee in MBC’s “May Queen” that finished airing in December.