Other half of former top celebrity couple ends life

Other half of former top celebrity couple ends life 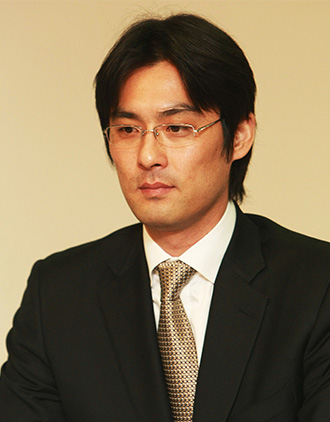 Cho Sung-min, 40, a former All-Star pitcher in Japan’s top baseball league, was found dead at his girlfriend’s home in Dogok-dong, southern Seoul, yesterday, hours after he sent her a text message implying he was considering taking his own life.

Cho was once married to leading Korean actress Choi Jin-sil, who also committed suicide in 2008.

The Seoul Suseo Police Precinct said he was discovered hanging from a belt in the bathroom of his current girlfriend, a 41-year-old woman surnamed Park. They had been drinking together the night before when Park informed Cho she wanted to end the relationship, the police said.

Cho is believed to have hung himself between 12:20 a.m. and 3:40 a.m. after Park left to meet a friend. He was pronounced dead on arrival at Gangnam Severance Hospital in southern Seoul.

The police said they found no sign of a break-in or foul play. There was also no suicide note.

“We are trying to determine the exact motive,” said Kim Cheong-soo, chief investigator at Suseo Police Precinct. The police have asked the National Forensic Service to conduct an autopsy.

However, Cho seems to have hinted of his plans in two KakaoTalk text messages. The first, which he sent to his mother at 12:11 a.m., read, “I can’t find a way to live in Korea. Just live as if you never had me”; the second, sent to Park six minutes later, read, “Thank you for everything you’ve done for me. Live strong even without me.”

Cho leaves behind two children from his former marriage, a 13-year-old boy named Hwan-hee and an 11-year-old girl called Jun-hee. They have been left in the legal custody of their maternal grandmother.

Cho, one of Korea’s top baseball stars in the late 1990s, attracted huge attention for both his sporting prowess and his celebrity marriage to Choi in December 2000.

They divorced in mid-2004 and Choi committed suicide several years later by hanging herself in her bathroom in Seocho District, southern Seoul. The police at the time said Choi, a single mother, was suffering from depression and upset about the negative gossip regarding her failed marriage on the Internet.

Since her death, Cho has been at odds with her family about custody of the two kids after a court awarded Choi’s mother legal custody of them. They have been raised by their grandmother and their uncle, Choi’s younger brother Jin-young, who is a famous singer and an actor. But they faced another tragic family suicide in March 2010 when the uncle took his own life. In a macabre twist, he also hung himself, in his bedroom. The police said he never overcame his sister’s death and was also bested by depression.

Cho joined Japan’s Yomiuri Giants in 1996 and was named an All-Star pitcher for the Central League after racking up a record of seven wins, six losses and a 2.75 ERA in the first half of the 1998 season. He returned to Korea in 2002 after struggling with numerous injuries.

Cho joined the Doosan Bears as a coach in 2011 but failed to renew his contract this year.

“He looked fine when I met him a few days ago,” an acquaintance of Cho’s told the JoongAng Ilbo yesterday. “But he was distressed at not having seen his kids for a long time.”

Since 2004, Cho has only had restricted access to his children after he struck his ex-wife during a quarrel.