Police on knife’s edge over funeral of ex-crime boss

Police on knife’s edge over funeral of ex-crime boss 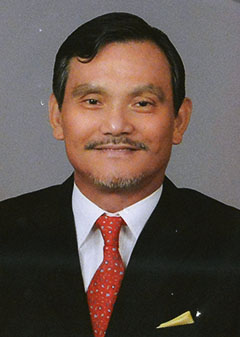 Police fear violent scenes of gang warfare may erupt following the death on Saturday of Kim Tae-chon, one of Korea’s most notorious crime bosses who once allegedly threatened to turn Hallyu star Kwon Sang-woo’s “house into a bloodbath.”

Hundreds of gang members are expected to converge for Kim’s funeral tomorrow at a cemetery in Damyang County, South Jeolla. He died of heart failure on Saturday at the age of 64.

Considered one of the top three criminal bosses in Korea in the 1980s, Kim is believed to have been the first to popularize the use of sashimi knives among his underlings to dominate his rivals during his reign.

South Jeolla Police Precinct said it will dispatch two dozen officers to the funeral site and raise its security level in the southwestern town of Damyang, where Kim’s body will be buried tomorrow, in case fights break out among members of different clans.

The police in South Jeolla reportedly asked the Seoul Metropolitan Police Agency for their help in gauging the size of the turnout based on deaths of other big crime bosses.

At the Seoul Asan Hospital in southern Seoul where Kim’s body has been lying in state since Saturday as part of a customary three-day mourning period, over 140 police officers were dispatched to prevent outbreaks of violence.

Kim is known to have led a colorful life full of controversy. He led a Gwangju-based crime syndicate known as “Seobangpa,” dominating his regional rivals before moving to expand his influence in Seoul.

He spent more than 30 years in jail for over a dozen charges, including his role in the murder of an entertainment bar manager in 1986. He was sentenced to 12 years in prison for this but was released early in 1989 after being diagnosed with lung cancer.

He drew public attention in 2005 by preaching against crime to young people as a reformed Christian.

Despite his public display of repentance, however, he still found himself back before the judges in 2006 on a charge of bribing prison officers from 2001-2 some 20 million won ($18,800) in exchange for special privileges while behind bars. These “favors” included allowing him to make unsupervised phone calls and receive packages of cigarettes illegally.

Kim was sentenced to another year in prison but this stretched to three in total as he had to take long medical leaves for health reasons. He was finally released in 2009.

Kim became embroiled in another controversy in 2007 when he was indicted on charges of threatening soap and movie star Kwon. Kim allegedly told the Korean heartthrob by phone that if he didn’t attend a fan meeting in Japan in 2006 he would turn his “house into a bloodbath.” Kim was acquitted on appeal.

He was admitted to Seoul National University Hospital for respiratory problems in December 2011 and remained hospitalized there until his death.

Kim is survived by his wife Lee Young-suk, a former singer who married the crime boss in 1998 while he was incarcerated.