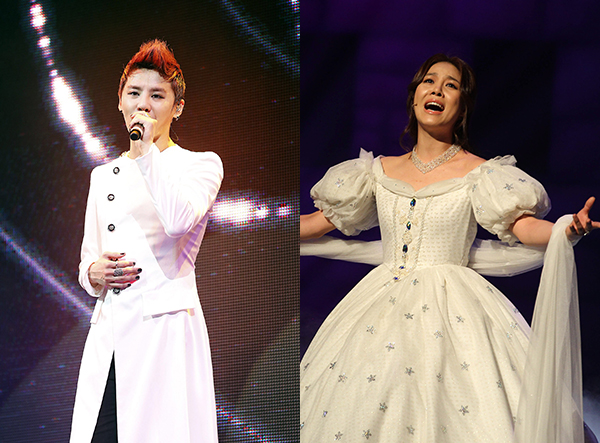 
Ticketing Web site Interpark revealed the names of artists who earned the most in ticket sales in 2012.

On the Golden Ticket Awards list, singers Kim Jun-su and Oak Joo-hyun came out on top. Kim was also honored for “putting on the best shows.”

The list was compiled by analyzing ticket sales and viewer ratings.

The survey took place from Dec. 24 until Sunday with more than 17,700 respondents taking part.

In the last year, Oak, a former idol group singer, has been in theatrical productions like “Rudolf” and “Elisabeth,” in which Kim has also starred.

Kim has also been busy performing solo concerts as Xiah Junsu as well as performing with his Hallyu group JYJ.

In October, the boy band member was also named Best Male Actor at the Korea Musical Awards playing the character Death in “Elisabeth.”

Kim has also starred in the musicals “Mozart” and “Tears in Heaven.” Last year he released his first solo album in May and launched a world tour on his own.