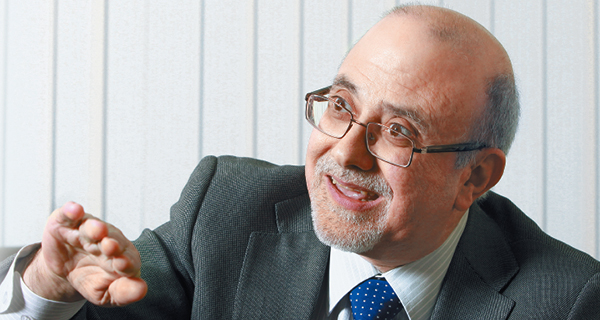 
Antonio Quinteiro Nobre, the Portuguese ambassador to Seoul, said he is preparing to invite President-elect Park Geun-hye to visit his home country next year for a summit. If realized, this would make Park the first Korean president to make a state visit to the country.

“There has never been a visit by a president of Korea to Portugal, and it’s time to realize this dream,” Nobre said, in an interview with the Korea JoongAng Daily last week, at the Portuguese Embassy in Wonseo-dong, central Seoul. “It’s not realistic to ask Park to visit Portugal this year, as she will be overwhelmed by so many important [functions], but why not next year? It’s really important for us.”

Nobre, who arrived here in mid-May, presented his credentials to incumbent President Lee Myung-bak in early October. He has served at other diplomatic missions including those in Finland, China and Spain over his 28-year career.

“My aim as ambassador of Portugal for the year 2013 is, first of all, to organize important bilateral visits,” he said, referring to state visits by Portugal's foreign minister and prime minister to Korea.

While wishing Park success as the first woman to lead her country, Nobre said he remembers when Park visited his country in 2011 as a special envoy of President Lee to mark the 50th year of diplomatic ties between the two countries. He said he hopes to see ties further improve throughout her tenure.

“Korea holds a special place for us among our Asian friends, and I believe we can do more to explore together the opportunities stemming from a wide range of fields, such as trade, investment, culture and scientific cooperation,” he said.

“We are what you can call two ‘like-minded’ countries, with established democratic systems, and we are linked by a good number of bilateral agreements, for example, on trade, visa waivers, economic, industrial and technological cooperation, on culture, and on the mutual promotion and protection of investments.”

The two sides established diplomatic ties in 1961, and the Portuguese Embassy in Seoul opened in 1988.

According to the ambassador, Portuguese exports to Korea grew by 56 percent in the first three quarters of last year compared to the same period in 2011. Revenue generated by Korean tourists in Portugal also increased 32 percent over the same period. Moreover, universities from the two nations are seeing more exchanges and strengthening their bilateral cooperation.

Nobre said it was inevitable that ties would “flourish” over the next half-century, but added that there is still work to be done.

“Korea and Portugal don’t know each other yet well enough,” he said.

Koreans may know Portuguese football players like Luis Figo and Cristiano Ronaldo, or be familiar with Fado music or the famous tourist town of Fatima, but beyond that little is known about the country among much of the Korean public. On the reverse side, Portuguese tend to know brands like Samsung and Hyundai - not to mention singer Psy and “Gangnam Style” - but not Kia or K-pop stars, Nobre said.

As part of efforts to address this, the Portuguese Embassy has been promoting a raft of activities in recent months to raise awareness of what the country has to offer.

Last year, Nobre also accompanied Assuncao Cristas, Portugal’s minister of agriculture, sea, environment and social planning, on a trip to the southern coastal city of Busan. This came as part of the International Water Congress organized by Korea in September. Lisbon, Portugal’s capital and also its largest city, will organize the next congress in 2014.

Exhibitions have also taken place in Seoul and Ulsan from September to October on the history of Fado, while another show focusing on the work of architect Eduardo Souto de Moura was held at Seoul’s Yonsei University.