First lady gets a new secretary

First lady gets a new secretary 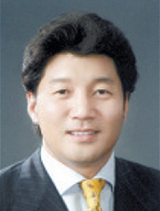 Cho Hyun-jin, a senior aide to the presidential secretary of educational affairs, was appointed yesterday to serve as the private secretary to the first lady.

While serving the senior secretary for public relations, Cho was responsible for working-level duties on a wide range of tasks such as the president’s trips overseas and summits with foreign leaders. Before joining the Blue House, Cho worked as a reporter with the YTN network and chief of the news team at Arirang TV.

“Cho has a great understanding of the operation of the presidential office,” the Blue House said in a press release yesterday. “He’s also very responsible and has good communication ability and a strong work ethic.”

Cho is a native of Seoul and graduated from Clark University in the U.S.