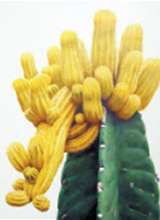 Admission is free. Hours are from 11 a.m. to 7 p.m. from Tuesday to Saturday and to 6 p.m. on Sunday. The gallery is closed on Mondays. 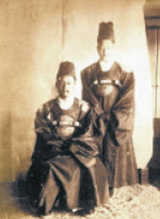 PHOTOGRAPHS OF THE DAEHAN IMPERIAL FAMILY

To Sunday: This exhibition showcases about 200 rare portrait photos of the imperial family of Daehanjeguk, or the Korean Empire. (1897-1910).

They endured turbulent and tragic lives as the empire was formed amid geopolitical strife and collapsed with the colonization of Korea by Japan. 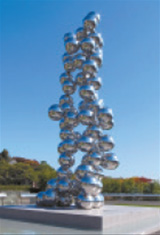 To Feb.8: This is the first solo show in East Asia of Anish Kapoor, one of the world’s hottest contemporary sculptors. The 58-year-old India-born British artist’s show consists of 18 works, including his early “Pigment” series and latest stainless-steel sculptures as well as his “Void” series from the 1990s, which Leeum says show the “essence” of the artist’s philosophy. The biggest piece of the “Void” series on display at Leeum, the 1999 work “Yellow,” leads viewers to feel like they have been sucked into a whole new space full of light. Kapoor’s stainless steel sculptures since 2000, which include “Vertigo V & VII” and “Tall Tree and the Eye” are on display in Leeum’s garden.

Admission is 8,000 won. A day pass including admission to the permanent exhibitions is 14,000 won. Hours are 10:30 a.m. to 6 p.m. Tuesday to Sunday. A docent leads tours in English at 2 p.m. Saturday and Sunday. The museum is a five minute walk from Hangangjin Station, line No. 6, exit 1. 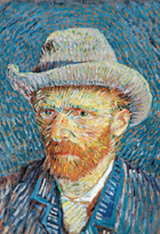 To March 24: This show focuses on the Paris period of Vincent Van Gogh, one of the world’s most beloved painters.

The Dutch artist stayed in the French capital from March 1886 to February 1888. Most of the 60 oil paintings on display, including “Self-Portrait with Grey Felt Hat,” were done during this period. This exhibition shows how his style changed dramatically in Paris with the use of bright colors and bold strokes, and flat color without shadows. The change came from van Gogh’s encounter with Japanese woodblock prints called ukiyo-e, as well as the French Impressionist works. “Portrait of Pere Tanguy” shows the artist’s fascination with ukiyo-e, as the portrait of the Parisian art dealer has several Japanese prints in the background.

The museum is a five minute walk from Nambu Bus Terminal Station, line No. 3, exit 5.

To March 31: This exhibition features some 70 pieces, including paintings and sculptures from the collections of the Vatican Museums.

The museum is a five-minute walk from Nambu Bus Terminal Station, line No. 3, exit 5.

To April 27: In celebration of the 30th anniversary of Horim’s founding, the museum is displaying 80 of the most renowned pieces in its collection. They include state-designated treasures, such as the gilt-bronze “Standing Buddha at Birth” from the sixth century, which is National Treasure No. 808.