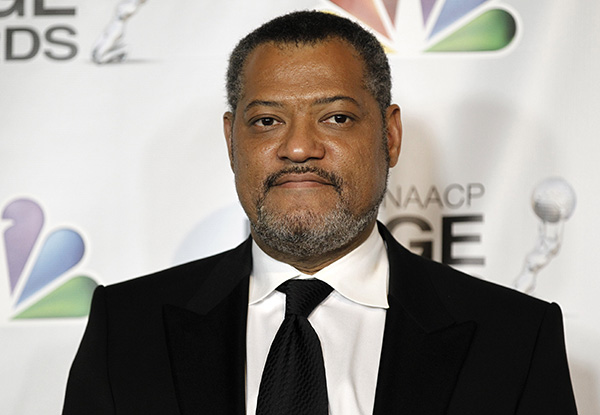 
LOS ANGELES - Laurence Fishburne has been granted a temporary restraining order against an ex-convict who claims to own the actor’s home and went there on New Year’s Day to try to evict him.

The order requires Anthony Francis, whose real name is Mark Francisco, to stay 100 yards from the Oscar-nominated actor and his wife and daughter.

Francisco was sentenced to serve two years in state prison on a cyberstalking conviction in 2010, and court records show he spent time in a state mental hospital for that case.

He pleaded no contest to cyberstalking after being found competent to stand trial.

Francisco went to the Oscar-nominated actor’s home Jan. 1 and told Fishburne’s wife that they were living there illegally. Police were called and based on Francisco’s agitated demeanor and criminal history, they advised Fishburne to seek a restraining order, the court filings state.

Francisco also left a handwritten letter threatening to evict the Fishburnes and called police in recent days to try to get them to leave, the filings state.

Fishburne and his wife, Gina Torres Fishburne, have owned their home for 10 years, his filing states.

“This is a case of stalking, and the judge had no problem in issuing a temporary restraining order to stop it,’’ Fishburne’s attorney Donald Etra said.

Francisco has a 1993 conviction for burglary in San Diego, court records show.

Fishburne starred in “The Matrix’’ series and was nominated for a best actor Academy Award in 1993 for “What’s Love Got to Do with It.’’ His wife is an actress, appearing in “24’’ and other television series.