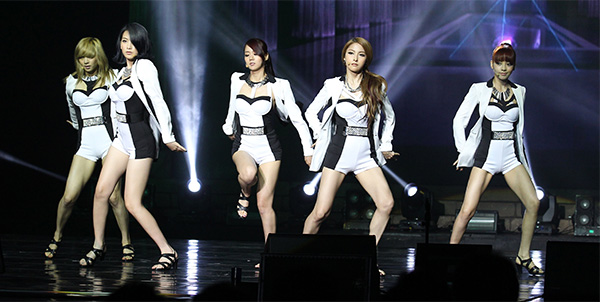 In the list of winners revealed on Jan. 7, the five-member girl band was said to take home the “Artist of the Year” as well as “Album of the Year” and “Best 3 Albums” within the Asian section of the awards with “Super Girl.”
Other Hallyu stars to make it onto the “Best 3 Albums” alongside KARA were Big Bang and Jang Keun-suk.

KARA recently wrapped up its KARASIA tour at the Tokyo Dome.
On Jan. 6, more than 45,000 fans turned up to see the Korean band at the famed concert venue.
As the show came to an end, members all shed tears in gratitude for the fans. The Hallyu group made its debut in Japan just over two years ago.