Player of the year

Player of the year 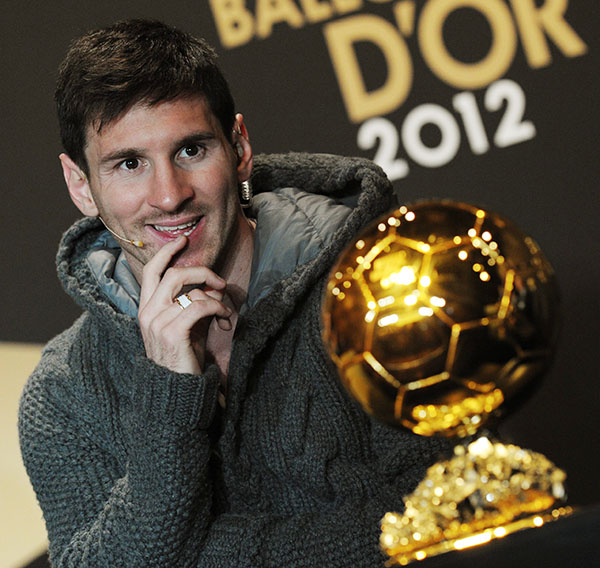 Argentina’s Lionel Messi, winner of the FIFA Player of the Year Award, attends a press conference during the FIFA Ballon d’Or Gala 2013 held at the Kongresshaus in Zurich, Switzerland, on Monday. Messi became the first four-time winner after shattering the world record for most goals with 91 last year for Barcelona and Argentina. He beat Real Madrid’s Cristiano Ronaldo and Barcelona teammate Andres Iniesta in voting announced Monday. His 91 goals topped Gerd Mueller’s mark of 85 for Bayern Munich and Germany in 1972. [AP/YONHAP]