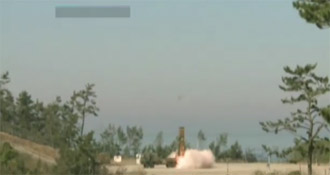 The incoming administration needs to quickly develop and operationally deploy ballistic missiles with an extended range of 800 kilometers (497 miles) to counter the growing security threat from North Korea, said Kim Jang-soo, a former defense minister who is in charge of national security affairs in the presidential transition team.

Kim, head of the foreign, defense and unification affairs subcommittee in the transition team of President-elect Park Geun-hye, made the remarks in a meeting with reporters Monday. He said the most urgent task is checking on the country’s readiness for a security crisis.

North Korea successfully fired a long-range missile in December and expectations are high that it will conduct a third nuclear weapons test soon. 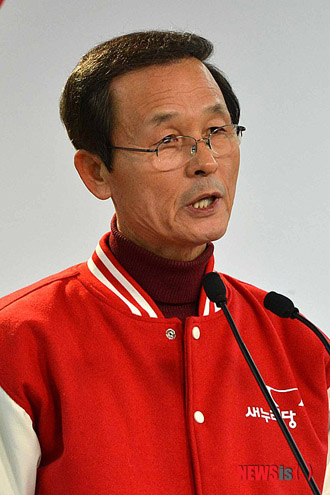 During the presidential campaign, Park made a pledge to improve the country’s defense capabilities through a proactive, pre-emptive strategy.

“To this end, we need to quickly deploy missiles with longer ranges,” she said.

Last October, Seoul and Washington reached an agreement that allows South Korea to more than double the range of its ballistic missiles. Under the revised pact, South Korea can deploy ballistic missiles with ranges of up to 800 kilometers as long as the payload does not exceed 500 kilograms. Before the agreement, the limit was set at 300 kilometers.

The extended range is enough to hit any target in North Korea, but considered not a threat to China and Japan.

Throughout her campaign, Park made clear that national security, along with the economy, were her top priorities. Starting Friday, the transition team will receive briefings from ministries and key government offices for one week. The Ministry of National Defense will be the first to make a report on Friday, while the Small and Medium Business Administration will also report to the transition team on the same day.

An office to control national security issues comprehensively is also expected to be created in the Park Blue House, according to Yun Byung-se, a member of the foreign, defense and unification affairs subcommittee.

Under the plan, the new office will take over the operations currently handled by the senior secretary to the president for foreign affairs and national security.

“Park has said the Blue House needs a control tower for foreign Affairs and national security,” Yun said. “We are looking into a plan to create an office with improved functions and better structure.”

“Policy coordination, crisis management and long-term strategy preparation will be the control tower’s main roles,” Yun said. “We hope this will be a sustainable change in the structure of the Blue House even in the next administrations.”

Under the current organizational structure of the Blue House, the senior secretary for foreign affairs and national security reports to the presidential chief of staff.

During the Roh Moo-hyun presidency, the National Security Council was created in the Blue House, but President Lee Myung-bak got rid of it.