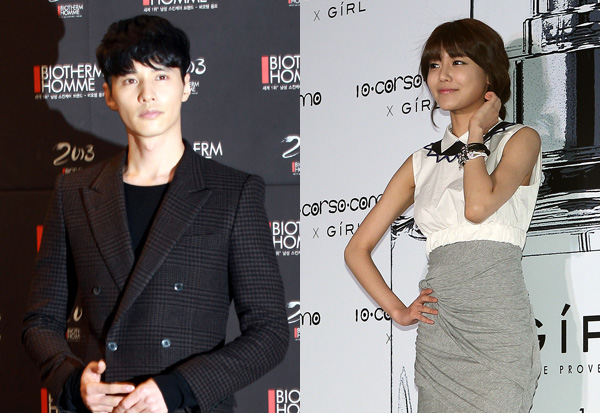 
At a press conference for her group’s new album on Tuesday, Sooyoung from Girls’ Generation cleared the air once and for all regarding the Won Bin scandal.

While talking of the group’s fourth album, “I Got a Boy,” Sooyoung answered the question on everyone’s lips: No, she’s not dating the Hallyu actor.

“I heard about it this morning and thought it was funny,” said the 22-year-old, who was romantically linked to the 35-year-old heartthrob of Korean dramas and movies. “Sometimes there is smoke even when there is no fire,” joked Sooyoung, again saying she’d never even met Won or anyone even remotely close to resembling him. Yet she said she was honored by the idea of being linked to him in the papers.

On Dec. 31, the Internet was abuzz with articles linking the two Hallyu stars.

Apparently, Stock Chirashi - a stock exchange executives’ gossip forum - was to “tell all” about the two on Jan. 1. No revelation has happened so far.

SM Entertainment denied the rumor at the time, saying it was “ridiculous, as the two had never met.”